Some of us are born different. And the difference can be both a burden and blessing. I was born a risk-taker. I wanted to try it all.

I peddled across Canada on an old bike, camping at the side of the road. I tried bungee jumping, and lived in a nudist colony on a tropical island.

As a teen I was free spirited, but not free. At sixteen years of age, disillusioned and hurt, I began the dangerous journey of exploring psychedelic drugs.

A bad L.S.D. trip resulted in constant, excruciating headaches. To deal with the pain, I started to use painkillers, tranquilizers, cannabis and alcohol. Five hazy years of my life were devoted to escaping pain through drugs.

I become more reckless in my drug use. With callous disregard for my life, I injected a syringe full of P.C.P. It was a dangerous dose.

This injection severely damaged my kidneys, increasing my pain level. Anger and self-hatred turned to hardened resentment. I hated the world, but I had no one to blame but me.

In my dismal existence my short-term memory was nonexistent, my skin was a sickly yellow. I was constantly tired.

My kidneys burned with pain, my leg muscles would spasm and ache while standing. As my job required working on ladders for long hours, I lost my job!

Finally, with no other way out, I got down on my knees in prayer and surrendered my life to God. The song of angels was heard in my heart. I would never be the same.

A son had discovered his true Father. Everything changed. I had a burning fire inside. I had purpose, meaning and connection for the first time. I started a new exploration of the spiritual world.

Joining a Christian youth group, I made new friends who did not use drugs and supported me through my recovery. I used my experience to help others not go down the same path.

I spoke before thousands of students in high schools about the dangers of drug abuse. Many made commitments to stop using drugs.

Life now had meaning and purpose, but my body and soul was still damaged. I was still sick.

One day I discovered a book describing how a dying man had returned to health. Not only had he overcome a fatal illness through a strict vegetarian diet and fasting, his new found health surpassed the vitality of his youth.

For me, the message shouted out “hope!” I fasted on juices made from carrot, cucumber, watermelon, and cantaloupe.

After several short fasts, I felt better physically and mentally.

These juice fasts, three to seven days each, gave me the ability to work, but I was still tired standing on ladders caused intense pain in my legs.

A thirty-day juice fast was the turning point in my life. The first few days were difficult, but as I continued I felt much better.

At the twentieth day of the fast, I started working fourteen hours a day at hard physical labor in the hottest summer weather. I climbed the ladders with ease. My energy level drastically increased.

There were other improvements as the fast went on. I needed less sleep, my mind cleared, and my memory was now functioning.

Leg muscles returned to health, and back pain lessened due to the healing of my kidneys, leaving me a virile young man.

Life changed! Instead of suffering, it became a joyous experience. The healing came like water to a parched, drought-stricken heart. The thirty days of fasting on juice was a miracle that changed my life.

I started to write to help friends who had health problems. Although I could not spell or type, and had almost no writing skills, a burning passion kept me going.

I wrote for three years, and yet the writing was missing Christ. It became like emptiness inside. Then the Lord called me to go north and spend time alone in the wilderness.

The campground was empty; it was too late in the fall for camping. In the back of the truck I was trying to keep warm with a small heater. My heart was agonizing over splitting up with a woman I deeply loved.

Three days had gone by, I was weak, cold, and distraught. Still, there was no answer from God. I decided to go for a drive around the lake.

It was on this drive that I met the people whom the Lord had sent. Their words rekindled my vision, my hope renewed. The answer was given!

In looking back to my discovery of fasting, I see that it was not an accident. The people who have had such profound effect on my life have not been there by coincidence.

Yes, I did it; I healed and even wrote a book on fasting, but in reality, a small child put the pieces into a jigsaw puzzle as his Father handed him the pieces.

This testimony and many others can be found at http://fasting.ws 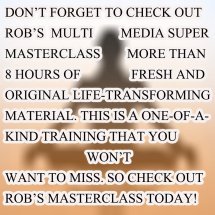